With so much variance across the country, Canada has something special to offer everyone.

There are many different factors to consider when choosing which province to call your home such as job prospects, quality of life, and cost of living. To help you make your decision, we have compiled a comprehensive guide to Canada’s different provinces.

After reading, you may have a better idea of which province is right for you.

The best province in Canada for you

It is bordered by Quebec to the east, Manitoba to the west, and United States to the south.

Its urban setting and busy population are part of the reason Ontario is such a popular destination for immigrants. In 2021, nearly half of all immigrants settled in Ontario, and a majority of them are Asian The majority of immigrants to Ontario come from Asia.

Ontario is a popular destination for many reasons. It has a strong economy and is home to many large cities (such as Toronto, Ottawa, and Hamilton) with ample job opportunities. Additionally, Ontario offers excellent public transportation, things to do, and strong communities of immigrants with different backgrounds and interests. 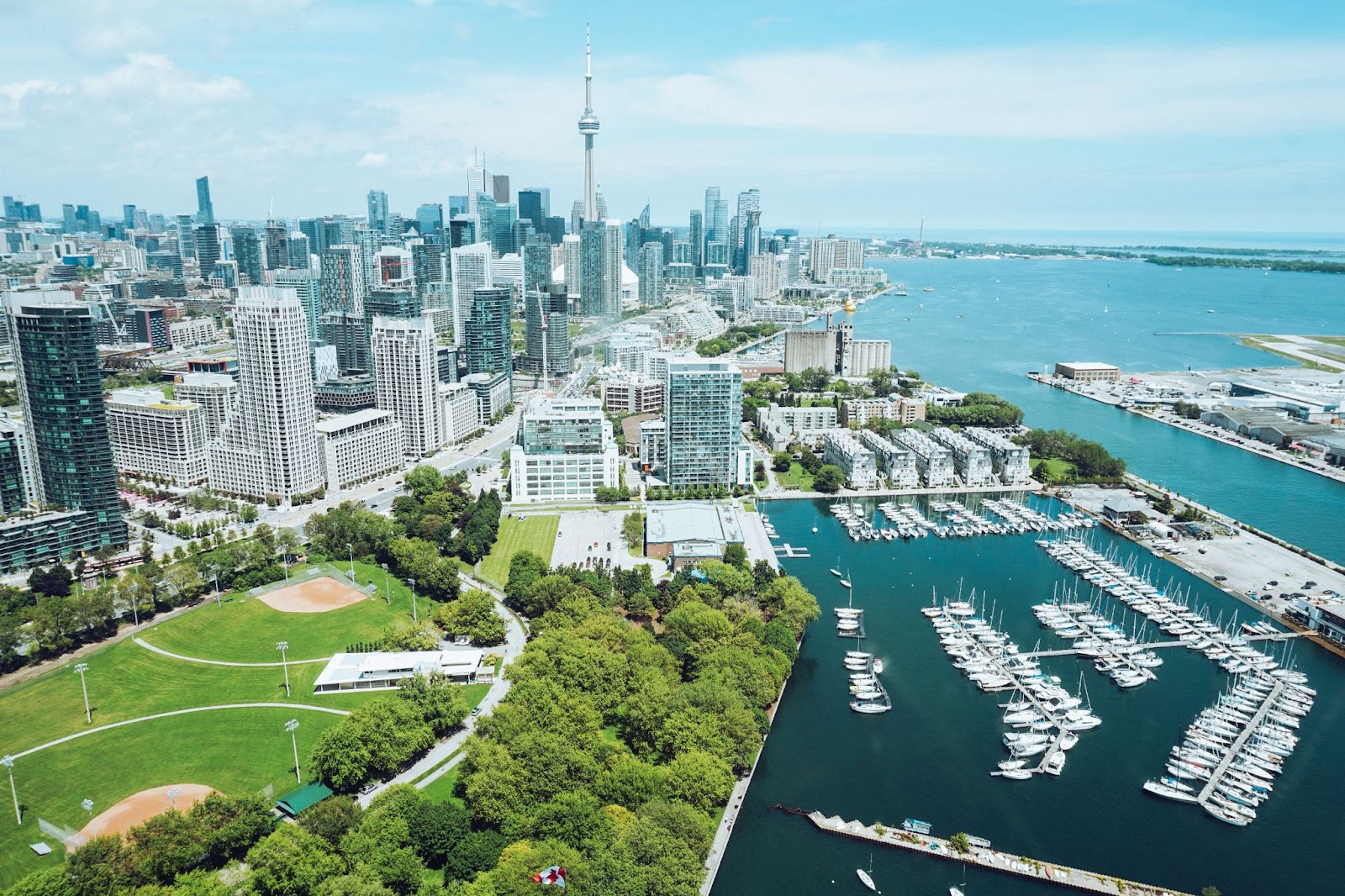 Plus, Ontario is great if you want to experience all four seasons!

The Ontario Immigrant Nominee Program (OINP) is the province’s main immigration program. The program allows the province to nominate individuals who meet specific economic and employment criteria for permanent residence status in Ontario.

Ontario does have its drawbacks. The cost of living in the province is high, especially in larger cities, like Toronto. It can also be difficult to find affordable housing.

British Columbia is the westernmost province in Canada.

The capital of BC is Victoria, which has a population of about 5.71 million. The province is bordered by the US states of Washington, Idaho, and Montana to the south and by the Canadian provinces of Yukon and Alaska (another American state) to the north and Alberta to the east.

BC is Canada’s fifth-largest province, with an area of 944,735 square kilometers. The total population of the entire province is 5,000,879 people (2021), which makes it Canada’s third-most population-dense province.

BC has a diverse economy. The providence’s top industries include forestry, mining, agriculture, and tourism.

The province is also home to many First Nations people and has a large immigrant population.

If you are considering moving to BC, you should know a few things. The cost of living in BC is high, especially in Vancouver and the Lower Mainland. Housing prices have been rising in recent years, and there is a shortage of rental properties.

Weather in British Columbia varies according to geographic location. Southern parts of the province have a mild climate, while the northern and interior regions can be quite cold in winter.

Quebec is the largest Canadian province, accounting for 15.4% of the country’s land mass. The capital of Quebec is Montreal, home to more than 1.7 million people.

Quebec is known for its French-speaking population and its many cultural attractions.

The diversity of its population and cultures has made Quebec a vibrant and exciting place to live. Quebec also has a generous social welfare system that provides residents health care, education, and other services.

Quebec has several programs and policies to welcome and integrate immigrants into the province.

These programs include language training, employment assistance, and settlement services. Learning French is essential to living in Quebec, as it is the predominantly spoken language of the province.

Quebec also has a higher cost of living than other parts of Canada. But overall, immigrants who come to Quebec find it a warm and welcoming place to start a new life.

Alberta is a western province of Canada. With an estimated population of 4.26 million in 2021, it is Canada’s fourth most populous province and the most populous of Canada’s three Prairie Provinces.

The capital of Alberta is Edmonton, and its largest city is Calgary.

Alberta is known for its oil and gas industry, which plays a major role in the province’s economy. Still, other industries, including agriculture, forestry, tourism, and manufacturing, also provide the population with work.

Alberta is continental, characterized by cold winters and warm summers. Located in the Prairie region, Alberta has a dry climate with little rain. The Rocky Mountains keep cold Arctic air from blowing through in the winter, resulting in a relatively mild Canadian winter.

Low housing expenses contribute to Alberta’s lower-than-average cost of living. The market average for a home in Alberta is $477,009, which is significantly lower than the national average of $816,720. Below-average market costs also translate to grocery bills and transportation.

Recently, Alberta has seen its immigrant population expand. In the first three months of 2022, nearly 12,743 immigrants settled in Alberta. This is almost twice the rate of immigration in previous years.

The province has various programs and initiatives to help immigrants settle and integrate into the community. The Alberta Advantage Immigration Program (AAIP) is one of the most popular programs, which allows skilled workers and professionals to immigrate to Alberta.

Prince Edward Island is the smallest province in Canada, with a land area of just 5,686 square kilometers. It is on Canada’s east coast and comprises several small islands. Prince Edward Island has a population of just under 167,680 people. The province is home to many beautiful beaches, parks, golf courses, as well as a variety of restaurants and shops.

The island is accessible by air, ferry, and bridge. Prince Edward Island is an excellent place to live, work, and raise a family. It is safe, affordable, and has a high standard of living.

The economy of Prince Edward Island is largely based on agriculture, with potatoes being the main crop. The province also has a large fishing industry. Tourism plays a significant role in the provincial economy, as many visitors come to experience the island’s natural features.

Manitoba is centrally located in Canada. It is one of the three Prairie Provinces, along with Alberta and Saskatchewan.

Ontario borders Manitoba to the east and Saskatchewan to the west.  Nunavut borders its northern edge, and North Dakota and Minnesota in the United States border it on the south.

Manitoba is a popular destination for immigrants and is considered one of the top 10 provinces in Canada to live in. According to the Manitoba Bureau of Statistics, the province had a population of 1,386,333 as of 2021. Of this population, 611,700 were immigrants.

Manitoba offers plenty to newcomers, from its vibrant cities to its beautiful natural scenery.

Manitoba is also comparably affordable to live in. According to Statista, the average cost of a detached home in Manitoba was 293,000 Canadian dollars, nearly a quarter of the national average.

If you enjoy being in nature, Manitoba may be for you. It is home to many lakes and parks, offering hiking, camping, and fishing opportunities. The province also has a rich history and culture, with many First Nations and Métis people calling Manitoba home.

Get started on your journey to Canada with Express Entry PR

Canada has a lot to offer with so much range in natural scenery and urban excitement. This guide only covered a handful of Canada’s provinces, so it may be worthwhile to do some more exploring for the province that is perfect for you and your family.

Express Entry PR can help you find the right destination for your move, and our comprehensive guide can help you make the most of your new life in Canada.

Moving doesn’t have to be hard; let us help you make it simple.